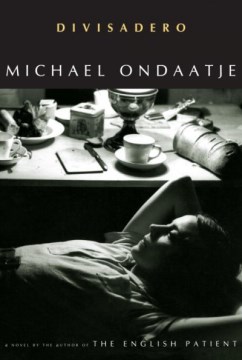 /*Starred Review*/ The new novel by the author of The English Patient (1992) is easy to read, not because its theme and plot are simple but because the reader simply wants to read it. Told from alternating points of view, the narrative might not have worked. But Ondaatje's experience and skill prevent fatal fragmentation. The story begins in California in the 1970s, with a quiet man who lost his wife in childbirth raising his two daughters, Anna and Claire, and tending his farm with the help of a young man, Coop, who he has more or less adopted. When the maturing Anna and Coop fall into a sexual relationship and are discovered, much to his horror, by Anna's father, a bolt of violence springs up like a ferocious storm, and Anna and Coop flee forever--never to see each other again. The shadow--no, the determining force--of this horrible event on how these three individuals lead the rest of their lives is the tripartite tale Ondaatje follows over the course of the next several years. So the reader experiences an initial sense of segmentation, but it dissipates in the face of strong thematic connections between what are not really segments at all, but rather, layers to the story. The novel's title, not idly chosen, refers to a San Francisco street name derived from the Spanish word for division. What this at once powerful and beautiful novel is about is the division of these three lives into two parts, a bifurcation that occurred when Anna's father found things out and exploded. ((Reviewed April 1, 2007)) Copyright 2007 Booklist Reviews.

Along with a mysterious guy named Coop, Anna and Claire help their father on his Northern California ranch, circa 1970, until a terrible incident sends Anna on the run. Ondaatje's first novel in six years; with an 11-city tour. Copyright 2007 Reed Business Information.

Both beautiful and baffling, Ondaatje's most recent novel (after 2000's Anil's Ghost ) opens with the portrait of a complex family suddenly imploding in the Northern California wilderness. Anna and Claire have been raised as sisters by Anna's father (both mothers died in childbirth), with a neighbor boy named Coop also in attendance, his family having been battered to death by a hired hand. Anna and Claire both have feelings for Coop, but it's Anna who enters into an affair with him, precipitating an act of violence that flings the family apart. Subsequent passages detail Coop's desperate gambling, Anna's isolation in distant France, Coop and Claire's chance meeting years later, and the family history of poet Lucien Segura, whose works Anna has been studying. These passage are evocatively and delicately rendered, but their connections aren't; the book falls apart into lovely pieces that the reader has a hard time collecting. Oddly, this sense of dislocation does not seem to be the point, for a sense of family connection reverberates faintly throughout despite the disjointed narrative. Of course, dedicated readers will want to investigate, but others may be confounded. For literary collections. [See Prepub Alert, LJ 2/1/07.]—Barbara Hoffert, Library Journal

Ondaatje's oddly structured but emotionally riveting fifth novel opens in the Northern California of the 1970s. Anna, who is 16 and whose mother died in childbirth, has formed a serene makeshift family with her same-age adopted sister, Claire, and a taciturn farmhand, Coop, 20. But when the girls' father, otherwise a ghostly presence, finds Anna having sex with Coop and beats him brutally, Coop leaves the farm, drawing on a cardsharp's skills to make an itinerant living as a poker player. A chance meeting years later reunites him with Claire. Runaway teen Anna, scarred by her father's savage reaction, resurfaces as an adult in a rural French village, researching the life of a Gallic author, Jean Segura, who lived and died in the house where she has settled. The novel here bifurcates, veering almost a century into the past to recount Segura's life before WWI, leaving the stories of Coop, Claire and Anna enigmatically unresolved. The dreamlike Segura novella, juxtaposed with the longer opening section, will challenge readers to uncover subtle but explosive links between past and present. Ondaatje's first fiction in six years lacks the gut punch of Anil's Ghost and the harrowing meditation on brutality that marked The English Patient , but delivers his trademark seductive prose, quixotic characters and psychological intricacy. (June)