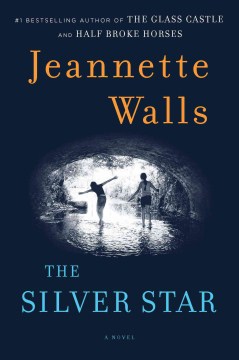 Being a single mother is never easy, but for Charlotte Holladay, a wannabe folk singer in 1970, raising her 15- and 12-year-old daughters, Liz and Jean (aka "Bean"), is more than she can handle. Known for dropping out when things get tough, Charlotte's latest spell of parental abandonment attracts police attention and the girls flee California rather than face being placed in foster care. A cross-country bus trip lands them on the doorstep of their only relative, the previously unmet Uncle Tinsley, and their arrival proves to be as much of a shock for the reclusive widower as it is for the girls themselves. As the trio learns to coexist, Liz and Bean try to fit into the small southern town. With money tight, they land jobs with mill foreman Jerry Maddox, an overbearing brute who runs roughshod over the town's residents and takes advantage of Liz's trusting nature, with devastating results. Readers familiar with Walls' backstory from her luminous memoir, The Glass Castle (2005), will recognize elements of her personal history in this captivating, read-in-one-sitting, coming-of-age adventure. Copyright 2012 Booklist Reviews.

Walls's memoir, The Glass Castle, has been a New York Times best seller for more than five years, and her first novel, Half-Broke Horses, was revelatory. So I'm anticipating this Seventies-set tale about two sisters, "Bean" and Liz Holladay, who wind up in a crumbling antebellum mansion with widowed Uncle Tinsley when their footloose mother vanishes. Twelve-year-old Bean looks up to big sister Liz, but it's Liz who stumbles at their new school and finally runs into some very adult trouble. With a 500,000-copy first printing.

Readers of the best-selling memoir The Glass Castle will be familiar with Charlotte Holladay's parenting style in Walls's new novel. Charlotte, a narcissistic single mother of two, is an aspiring actress and singer with grandiose dreams who deeply loves her daughters but is incapable of providing them with a stable home. In summer 1970, after their mother abandons them for weeks, as she puts it, "to make some time and space for myself," 12-year-old narrator Bean and her 15-year-old sister Liz embark on a cross-country bus trip to seek out the relatives they've never met. Their Uncle Tinsley, an eccentric bachelor, reluctantly takes the girls into their mother's old family home in Byler, VA, a small, stratified Southern town on the cusp of integration. Older sister Liz is a lover of puns and fan of author Lewis Carroll, and her charming wordplay enlivens Bean's narration. VERDICT This engrossing story is told with the warmth and humor that will appeal to fans of Sue Monk Kidd's The Secret Life of Bees. Readers will find themselves rooting for the spunky heroine and her smart, offbeat sister as they persevere in the face of multiple hardships. [See Prepub Alert, 1/6/13.]—Lauren Gilbert, Sachem P.L., Holbrook, NY

Readers of Walls's bestselling memoir The Glass Castle may find this new novel too familiar to be entirely satisfying. When 12-year-old Bean Holladay and her 15-year-old sister, Liz, are abandoned by their narcissistic, unstable mother, Charlotte, they make their way to Byler, Va., Charlotte's hometown, in search of an uncle they barely know. In Byler, Bean and Liz find not only their uncle, Tinsley, but also a community eager to see how Charlotte's girls have turned out. The sisters attract particular attention from Jerry Maddox, foreman at the town mill, which the Holladays owned and operated in better times. Walls understands in her bones how growing up with a mentally ill parent can give children extraordinary skills and resilience but also leave them without any sense of the boundary between ordinary behavior and abuse. It's clear from the beginning that Bean and Liz's relationship with Maddox won't end well, and their newfound family may not be able to sustain the damage. When Bean reads To Kill a Mockingbird in school, she seems like a long-lost cousin to Scout, and to the young Walls herself. The other characters are too often thinly conceived, but she makes for a strong and spunky protagonist. Agent: Jennifer Rudolph Walsh, WME Entertainment. (June)