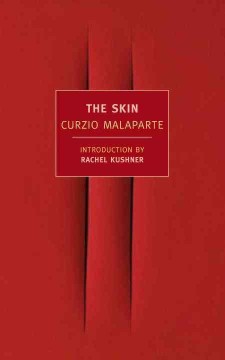 In striving to be darkly humorous, this novel, about the invasion of Italy during World War II, finds the darkness repeatedly and the humor almost never. Capt. Curzio Malaparte, the narrator, is an Italian liaison officer in the Italian Corps of Liberation (and also an author) stationed in Naples. U.S. Army Staff Col. Jack Hamilton, whom Malaparte is very fond of, is American. Hamilton is extremely accomplished, an Olympic athlete, and a fine scholar. Jimmy Wren is another Army captain, a genial Midwesterner. Together the three men play out their days in occupied Italy, where, among other vignettes, they visit an alley where, despite the grimness of the surroundings, fresh, hot pastry called taralli is served and one of the women who lives there manages a song. Another part of Malaparte's tale follows Jeanlouis, a man from a family of Milanese nobility. He is an intellectual whose young, impoverished, left-wing followers admire him greatly. Fred is English, a Conservative in the House of Lords. Together these men navigate a land ravaged by war where survivors are forced to do things they never would have dreamed of doing in order to have a chance at survival. There's a nice sense of place and time here, but the unsuccessful attempts at levity make for an exhausting read. (Nov.)

The girl from VeniceSmith, Martin Cruz, 1942-

Matterhorn: a novel of the Vietnam WarMarlantes, Karl

Not all bastards are from ViennaMolesini, Andrea

To die in springRothmann, Ralf

The spies of WarsawFurst, Alan