What has become of you / Jan Elizabeth Watson. 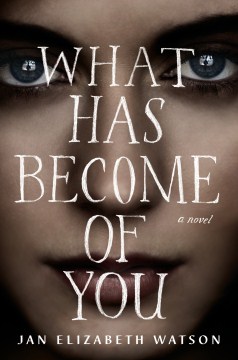 After a girl she hates in high school is murdered by a serial killer, Vera Lundy is hooked on true crime. Decades later, in the midst of writing a book about that killer, she gets a substitute teaching job at a private high school near her Maine hometown. Among the girls in Vera's three English classes of mostly privileged teenagers, she is particularly taken with scholarship student Jensen Willard, whose writing shows talent as well as a dark side. Meanwhile, Vera seems unable to avoid murder: the middle-school niece of the school's dean was recently killed, shocking the community, and just months later Vera finds the strangled body of one of her students. Watson's second novel, after her acclaimed Asta in the Wings (2009), has all the elements of a suspenseful mystery, but it fails to gel, at least in part because of its protagonist: Vera's excessive drinking and lying to police make her a less than sympathetic character. Readers may appreciate more Watson's well-drawn teenage characters and reflections on literary themes. Copyright 2014 Booklist Reviews.

True crime chronicler Ann Rule stumbled on the subject for her first book while working as a rape hotline volunteer with then law student Ted Bundy. Watson (Asta in the Wings) introduces readers to would-be true crime writer Vera Lundy as she takes on a long-term substitute teaching position at a New England private school for girls where she, like Rule, will become directly involved in the investigation of a spree of local murders. Vera, we quickly learn, is a character with a dark past—a past that continues to encroach on her daily life and that explains why, at nearly 40, she leads a minimal and mostly solitary existence, finding solace only in her crime research and bouts of heavy drinking. Guilt and shame over the death of her own classmate decades earlier compel Vera's classroom behavior to veer from that of refreshingly engaging interlocutor to a teacher who crosses the boundaries of propriety with one of her students, Jensen Willard, a talented writer who reminds Vera of her younger self. VERDICT After meeting the mercurial Vera, readers will soon want more from Watson. Fans of psychological thrillers with unreliable narrators will enjoy this outing.—Nancy McNicol, Hamden P.L., CT

Reading true crime reportage adds rare spice to English teacher Vera Lundy's almost monastic life in Dorset, Maine—that is, until a new job subbing at a girls' prep school there puts her perilously close to a killer, in this affecting novel of psychological suspense from Watson (Asta in the Wings). Her class's current reading assignment, The Catcher in the Rye, seems to allow even Vera, who is very reserved, to connect with her teenage pupils, though they are still shaken by the recent murder of a local 11-year-old girl, the dean's niece. The assignment also allows Vera to risk a closer bond with 15-year-old scholarship student Jensen Willard, an outsider whose writing talent and dark humor remind her of her own troubled adolescent self. Then one of Vera's pupils is strangled, and police start scrutinizing her as a person of interest. Watson's twisty plot speeds with page-turner momentum, but what's likely to stick with you are the complex characters of Vera and Jensen, who are, by turns, vulnerable, flawed, and surprising, bravely struggling to rewrite the stories of their lives. Agent: Denise Shannon, Denise Shannon Literary Agency. (May)

All is not forgottenWalker, Wendy, 1967-

The most dangerous place on earthJohnson, Lindsey Lee