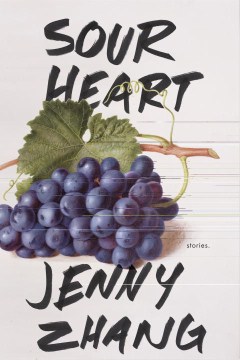 *Starred Review* The narrators of Zhang's finely wrought debut collection are Chinese American girls and young women who pass through one another's classrooms, homes, and full-to-bursting apartments in New York City boroughs. Zhang, author of the poetry collection Dear Jenny, We Are All Find (2012), lets these daughters of scholars and artists, who in the 1990s take America up on its many slow-to-be-delivered promises, be gross and unkind, and swear exquisitely. They are deeply loved, and fear true terrors, like school bullies; their parents' high expectations for their futures; and the horrors, somewhat abstract to them, that their families have endured. Stacey, whose grandmother requires constant closeness during her visits to the U.S., realizes "I was old enough to understand how one of trauma's many possible effects was to make the traumatized person insufferable." Christina, who shares with her mother a love for only the sourest fruits, narrates the first story, in which she is on the cusp of being sent back to relatives in Shanghai so that her parents can get their life in better order, and the last, where she is older and maybe finally accepting the phantom-limb feeling that is the immigrant's inheritance. Zhang's insightful, combustible collection is in a class of its own. Copyright 2017 Booklist Reviews.

The inaugural offering in Lena Dunham and Jenni Konner's new imprint, this debut collection focuses on young women belonging to a community of immigrants who have abandoned dangerous lives as artists in China and Taiwan for poverty in 1990s New York City. They must reconcile with the burdens of the past (e.g., a grandmother's role in the Cultural Revolution) while acknowledging family ties and their own particular strengths.

Poet and essayist Zhang's first foray into fiction consists of a collection of seven short stories. Each is narrated by a young female protagonist who shares her angst-ridden struggles as part of a different Chinese immigrant family growing up in New York during the 1990s. All works contain family themes, such as "The Evolution of My Brother," in which Jenny describes her relationship with her clingy younger brother, and in "Why Were They Throwing Bricks," in which a sister and her much younger brother adapt to their relationship with their grandmother who visits from China over a span of time. Additional motifs arise in "The Empty the Empty the Empty," which focuses on sexual experimentation and identity. Only the opening and closing pieces, "We Love You Crispina" and "You Fell into the River and I Saved You!," reference the same story line and characters. The youthful narration and Asian immigrant-centered themes are unlikely to appeal to a wide audience. Additionally, the brevity of each work and limited characterization will challenge readers. Yet Zhang successfully uses her characters to reflect a depth of emotion. This book will best be appreciated by individuals who can relate to the hardships and family struggles of being part of an immigrant experience. [See Prepub Alert, 2/20/17.]—Shirley Quan, Orange Cty. P.L., Santa Ana, CA

The first collection of short stories by poet and essayist Zhang () highlights the intersections between several Chinese and Taiwanese immigrant families living in and around New York City, all of whom are trying to bridge the gap between the old world they've left behind—forever altered by the Cultural Revolution—and the new lives that they are now trying to build for themselves in the United States. The daughter of two struggling immigrants recounts the early days of her family's move from China to Brooklyn in "We Love You Crispina," meticulously detailing the many hardships involved in starting out with nothing in a foreign place. These mostly adolescent female narrators attempt to make sense of their histories as passed down through possibly unreliable stories told to them by their elders. Annie, the narrator of "Our Mothers Before Them," is regaled with tales about her parents' artistic prowess back in China before they were forced to flee the dangerous political climate and work for meager wages in a country in which they do not feel welcome. And in "Why Were They Throwing Bricks?" a young girl named Stacy is told violent and horrific stories by her visiting grandmother about a China that Stacy has no memory of ever having lived in. Conflicts often arise between what these immigrant parents want for their children—the kind of life that is no longer available to them where they came from—and what these young women, all of whom feel the powerful yet complicated pull of family, end up wanting for themselves. Taken as a whole, these linked stories illuminate the complexities and contradictions of first-generation life in America. Zhang has a gift for sharp, impactful endings, and a poet's ear for memorable detail.

A woman is no manRum, Etaf

If you see me, don't say hi: storiesPatel, Neel

A gate at the stairsMoore, Lorrie